Multi-tenant Data and Application Management Through a DevOps Pipeline As the world of DevOps has grown, the ability to pipeline a web deployment or utilize infrastructure as code to recreate the same stack over and over has become standard practice. Through the many patterns that power this type of deployment, one of the most common traits is that the database and it’s data – the core of the stack – remains in place, with each tier having a similar configuration to be sure the deployment and pipelines work as intended. That’s not always the case, however.

What if your data needs to be promoted through the environments as well as be flexible and deployable as any other artifact? That was the story behind the design and implementation, to pipeline and deploy a multi-tenant application for one customer. Let’s take a look at the steps we took to plan and implement this solution and how we dealt with the complexities of designing the common web stack for multi-tenancy, configuration, and the flexibility of being able to change out the database with every deployment.

The components of the stack were comprised of a PHP application server, an Nginx host in front of that, and backed by a MySQL Database.

Several key decisions had to be made regarding the framework for building the rest of the project to make sure it would be flexible, scalable, and reliable.

With multiple customers, and multiple environments for each customer, and possibly multiple tenants for a single customer, a larger strategy was needed for naming. Affecting everything from AWS CloudFormation, configuration, IAM policies, AWS SSM Parameter Store access, and cost controls, the namespace decided upon was:

A customer would be given a shortened name, and each project for that customer – a unique global project number, such as “xy-0146” would be used as a component of each stack, Amazon S3 prefix, AWS SSM path, etc. For example:

In addition to a customer namespace, a common namespace would be utilized for shared infrastructure such as the VPC, or non-production and production Amazon ECS clusters.

For each stack, the data source and application build may change, making the ability to deploy quickly and roll-back critical, and the number of customers and environments made density and sprawl a concern as well.

Containers were a natural fit, providing density and flexibility. Using Amazon ECS the pipeline could create immutable container images and task definitions for each build, and each managed database.

For maximum flexibility in not only creating and destroying databases, but managing the lifecycle and promotion of the data through snapshots, Amazon RDS was utilized.

In doing so, all work against a database can be done in development, and snapshotted, with the snapshot being the source of truth for each higher tier deployment.

Finally, in order to integrate the data lifecycle with the deployment cycle, a timestamp would be used to version the database at any given time, and to be part of the naming component.

The Amazon RDS databases can be made with AWS CloudFormation within the customer namespace, but named with the timestamp of the initial snapshot, allowing multiple to be launched side-by-side within a given environment at the time of deployment.

The most important part is tracking which database is active, and what databases exist as part of the deployment to ensure no databases are made and orphaned. To do this, the active timestamp is stored in AWS SSM parameter store, as well as other relevant database connection secrets that the pipeline will pull to determine the correct database to connect to, and how to connect.

By combining these components, AWS CloudFormation was made to deploy the common underlying infrastructure, and then the customer and project-specific deployments on top of that. For the flexibility needed, Stacker, a python module for programmatically creating AWS CloudFormation, was utilized.

The rolling nature of Amazon ECS, and immutable task definitions and containers means that, despite the change in data sources behind the deployment, the Amazon ECS services could be deployed as long as the Database was made first. This made for an interesting challenge as both databases must be running until the new container versions stabilized. Normally one could use the outputs of the singular DB stack to get running information for it, however, since 2 were needed, the timestamp becomes a critical part of the stack names, and is tracked in Parameter Store as the source of truth.

The stacks were divided logically to keep the database separate, to allow the deployment to flow as needed with 2 parallel databases running during the deployment. The rough steps here describe the process, and the diagram below depicts the logical flow of the artifacts as the new Task Definitions and Databases are deployed

In the case of a failure, this means the existing Amazon ECS service will continue to run even in the event that the new DB and new task versions fail to stabilize, allowing a clean rollback and uninterrupted access. A lot of considerations went into how to create a pipeline that would support a multi-tenant application, and a specific use case for the database’s lifecycle. Many of the practices put into use are just as valuable to add to any architecture. Strong namespacing on stacks, tags, and instances can add clarity and flexibility to deployments, and a clear way to separate configuration data. Database stacks based on Amazon RDS and snapshots allow a data flow that can be used for anything from standing up duplicate data environments dynamically, or immutable deployments of data across environments.

Interested in learning what your business can gain by leveraging DevOps? Check out Onica’s Managed Cloud Operations service. If you’re ready to get started, get in touch with our team today to learn how Onica can help you leverage DevOps to accelerate innovation and lead the market.

PrevPreviousAWS Announcements at a Glance: The Highlights from AWS in January 2020
NextA Guide to Customizing the Customer Journey with Amazon PersonalizeNext 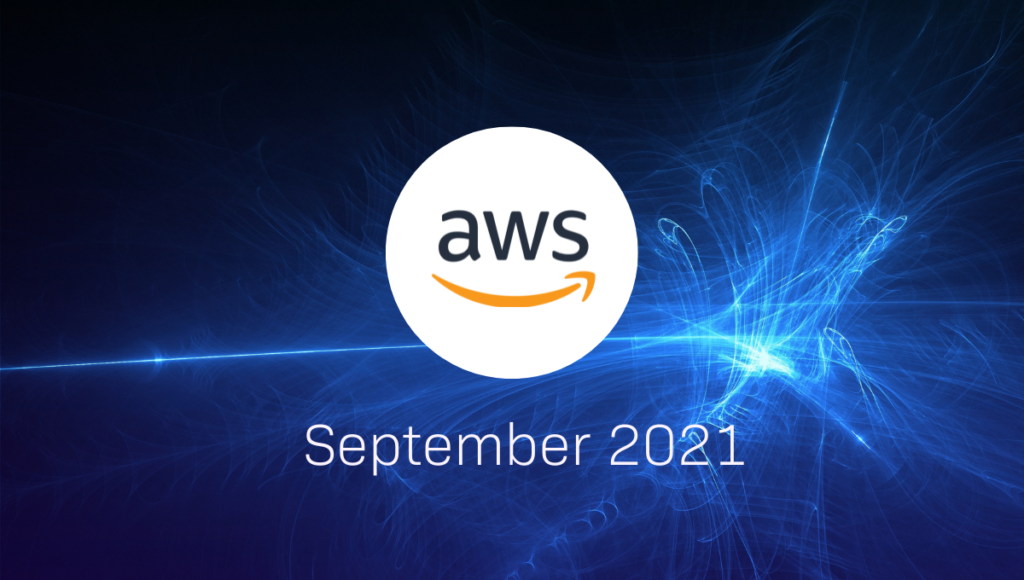